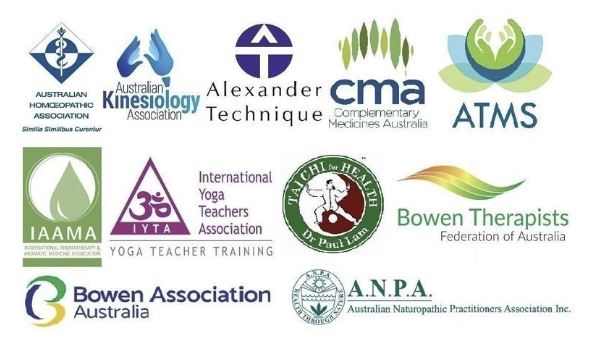 "On 1st April 2019 Health Minister Hunt is planning to remove your subsidies for 16 Natural Therapies. Private Health Insurance companies could have continued to provide rebates for these 16 therapies without the government subsidy, however, behind closed doors they did a deal to cherry-pick some natural therapies that have flawed and ‘insufficient’ evidence  as membership enticements.

The decision to remove rebates was based on flawed and discriminatory research findings of The Natural Therapies Review (NTR).

The Natural Therapies Review was a flawed process starting with the terms-of-reference through to the findings of the review.

Denying these rebates is discriminatory. Removing the government subsidy and rebates for Australians denies a basic right of health choice. If you choose private health insurance Extras you will lose out!

Cancer patients are a good example of those who find benefit using natural therapies to bring relief and minimise side effects of their mainstream treatments. The public want and deserve to have support for natural therapies.

Importantly, there has never been a review on the ‘health practice’ of any registered profession in Australia. Medicare and the Private Health Insurers continue to rebate procedures with low level evidence for some health practices. These include: arthroscopic surgery for knee arthritis, ordering routine blood tests in children with fever, CBT for schizophrenia, bipolar disorder and major depression.

Various institutions including NICM Health Research Institute have submitted to the Minister key deficiencies in the NTR. In addition, some therapies had critical research excluded because it was in a language other than English. Shiatsu has significant research in Japanese or Chinese and excluding this research skewed the result for that profession. Evidence for some therapies was admissible from overseas  research, however Naturopathy research from the USA was questioned despite demonstrating that Naturopathy was beneficial for 17 lifestyle conditions. Naturopathic philosophy is the same in Australia as it is in the USA.

Double standards were apparent in this review. Evidence from non-Australian research was acceptable for many of the therapies reviewed in the NTR. This overseas research was not questioned in regards the applicability for Australian therapeutic conditions. Traditional evidence was not highly rated and this was a serious problem for Traditional Medicine accepted by the World Health Organisation (WHO) even where some professions, such as yoga, have thousands of years of traditional practice.  Australia is a signatory to the WHO and should be complying with including these traditional practices in the public health system for Australians.

The Australian public deserve choice and full support for proactively choosing natural therapies that alleviate suffering, especially where there are gaps and limited positive outcomes from conventional medicine.

Denying the public their health choice will create outrage.

Trust for politicians and the Private Health Insurers is at an all-time low. Denying health-care choices and discriminating against Australians based on flawed, biased and manipulated research is another hit proactive health consumers do not deserve!

We are calling for an urgent meeting with Minister Hunt and Dr Rachel David to retain the government subsidy and private health insurance rebates for 16 natural therapies.

Another way you can let your support be known to your local MP and the Minister of Health, is by going to the following link: https://www.yourhealthyourchoice.com.au/save-rebates .

Click on the link and share your thoughts and 'Your Health Your Choice' will email Minister Hunt, your State LNP Senators and if you reside in an LNP seat, your local Federal member on your behalf.

This petition is supported by:

Australian Society of Teachers of the Alexander Technique